General Liability
Every business needs to protect themselves from accidents or injuries that may occur on their business grounds.
Learn More
Commercial Auto
Commercial Auto Insurance insures your vehicles for physical damage and liability coverages not covered by a personal auto policy.
Learn More
Excess Liability
Sometimes you need higher limits once the limits on your underlying umbrella policy have been reached.

Learn More
Workers Comp
Our network of companies and experienced agents will help you find the right policy that meets all your needs.
Learn More 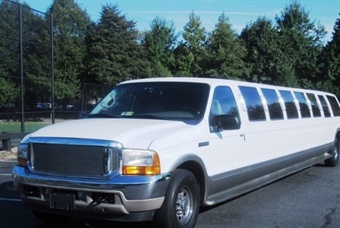 The limousine involved in an accident that killed 20 people in upstate New York on Saturday, including two pedestrians and all those riding inside, failed an inspection last month and should not have been on the road, according to New York Gov. Andrew Cuomo. "The owner of the company had no business putting a failed vehicle on the road," Cuomo said on Monday while speaking to press. Cuomo also said the driver of the vehicle, identified by multiple law enforcement officials as Scott Lisnicchia, 53, did not have the specific license — a commercial driver's license with a passenger endorsement — required to drive the limousine. It is still not clear whether the limousine crash was the driver's fault or a vehicle malfunction, Cuomo said, but that the National Transportation Safety Board and state police were investigating. Prestige Limousine, the company responsible for the vehicle, was being sent a cease and desist until the investigation is complete, Cuomo said. The company later said in a statement they are voluntarily taking all their cars off the road while an internal investigation is conducted. "Prestige Limousine extends its deepest condolences to the family members and friends of those who tragically lost their lives on Saturday. We are performing a detailed internal investigation to determine the cause of the accident and the steps we can take in order to prevent future accidents," the statement said. Cuomo said the limousine was a "chopped vehicle," meaning it had been cut and elongated and needed federal certification that it had been extended in a way that is compliant with the law, which it did not have. "I think the owner of Prestige has a lot of questions to answer," Cuomo said.

According to the Washington Post, victim Erin McGowan texted her aunt Valerie Abeling to say the limo was in ‘terrible condition’ minutes before she and new husband Shane died in the crash. Abeling also told the paper how the limo had only been drafted in to transport its passengers to a surprise 30th birthday after the bus they’d originally booked through hire company Prestige Limousines broke down. That company has had four vehicles removed from service following inspections in the last two years, according to Federal Motor Carrier Safety Administration documents Four sisters and their husbands were among those who died in the horror smash while traveling with friends and relatives to the party for the youngest sister. The limousine went through a stop sign and crashed into a parked car outside a store in what has been described as the deadliest US transportation accident in nearly a decade.